Mallory Grossman’s Suicide – How should a Family Treat a Bully and the Bullied? 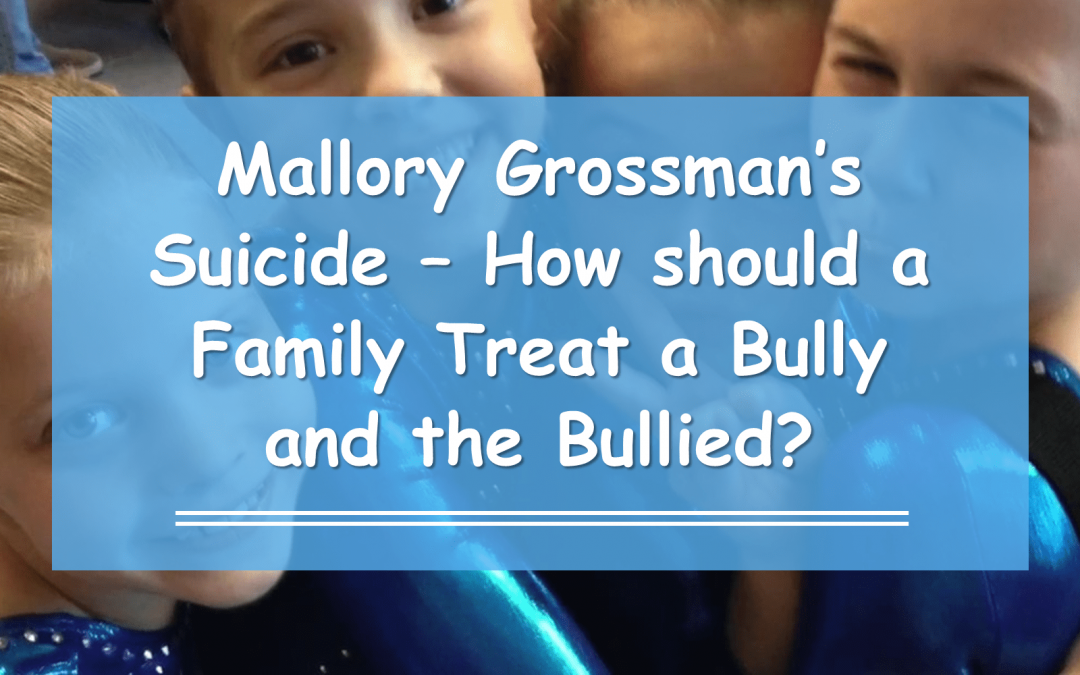 In June this year, a 12-year-old girl Mallory Grossman from New Jersey, USA, committed suicide allegedly due to cyber bullying. A cheer leader and gymnast, Mallory was a sociable kid, who according to her friends was “being tormented by bullies on Snapchat”. After months of abuse, one bully reportedly asked her, “Why don’t you kill yourself?’.

Mallory’s parents Dianne and Seth told the press that they had asked the school authorities and parents of the bullies several times to take action against the emotional abuse of their daughter. According to a report in dailymail.co.uk, Dianne and Seth are suing Mallory’s New Jersey school district for “failing to intervene when she was being viciously attacked by bullies online”. Parents of several girls who bullied Mallory may also be named in the suit.

What’s more striking about Mallory’s case is her parent’s claim that everyone around her, including bullies’ parents, and school authorities, was aware of what was going on. In similar suicide cases, cyber bullying comes to light only after the death of the victim. Children usually don’t report such cases due to fear of bullies or their concern that parents might take them off the Internet.

This incident raises a question on the role of bullies’ parents in curbing such negative instincts in their children. Here are a few things that these parents must do:

On the other hand, parents of children being bullied need to take a few immediate steps to stop further damage. Here are a few tips from Andalene Salvesen, a parenting expert who works extensively in the UAE.