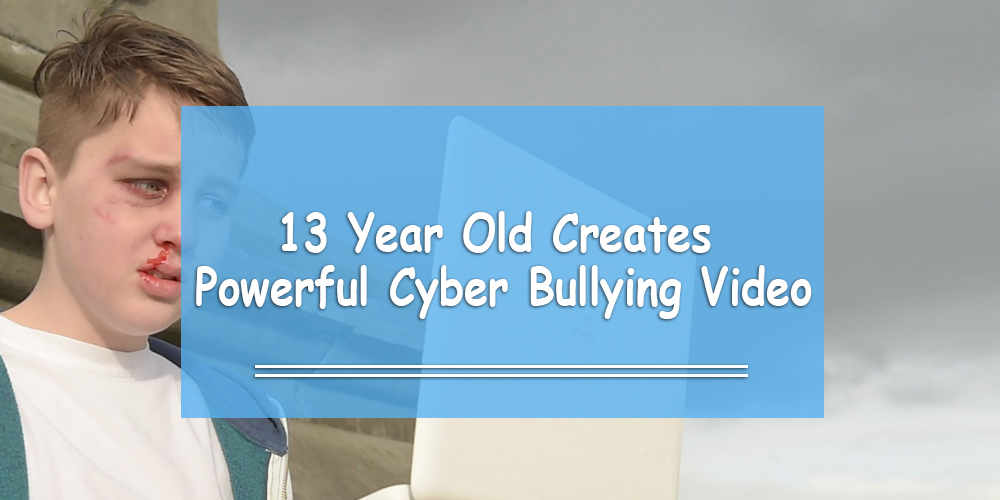 Cyber bullying is a phenomenon that has existed for a while now. However, there are some people out there who don’t think it’s as serious as real bullying.

13-year-old Luke Culhane made this powerful video to debunk this myth, and to spread awareness about how to handle cyberbullying in three key steps: “Stop. Block. Tell.”

As you can see in the video below, Luke came up with the idea of getting bruised and physically hurt after every cyber bullying message he read on his phone or laptop.

After receiving hateful messages from cyber bullies himself, he took it upon himself to create his own initiative: #CreateNoHate.

This video went viral, gaining nearly 500,000 views! He even did an interview with Sky News, one of the top TV stations in the western world.

They asked Luke how common cyber bullying was in school for young people like himself. He answered, “It’s not really at school. If I [upload] a video, it’s usually an anonymous person saying something. You don’t really talk about it in school.”

This is a key point, because you cannot tell whether the messages are actually coming from people you know. They could just be online trolls, people online who post abusive comments to get attention and/or upset someone.

What Did You Learn from This Video?

One of the main lessons to take from this video is that your actions online can impact others just as much as your actions in real life. The effects of cyber bullying are just as impactful as real bullying. (In fact, this article points out that cyber bullying can actually be worse than traditional bullying.)

We want to know what else you learned from this video. Let us know!

Transcript of the Powerful Video

So that means everybody has a part to play to help stop this needless behavior online.

Cyber bullying is not okay. Nobody deserves it, and we can all help to put an end to it, for good.