Internet Trolls: What They Are and How to Defeat Them 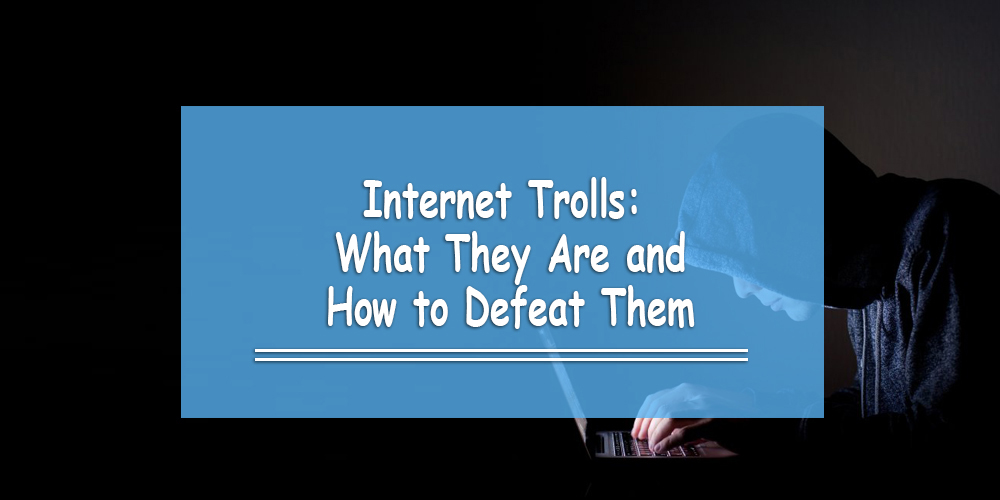 Have you ever come across an internet troll before? Chances are you probably have, whether you know it or not.

When you’re online – particularly when you’re on social media – and scroll through all the comments, you may find a couple of annoying or mean remarks.

It’s okay; it comes with the territory when you’re online. If you’re on any social media network or online community, you will come across situations like these.

Don’t worry, though. We’re going to teach you how to deal with trolls. (Scroll to 0:24)

What Is an Internet Troll?

Before trying to handle internet trolls, it is important to understand what trolling is, and who does it.

So what exactly is an internet troll?

People may type something on a computer or text something on their mobile phones that are completely harmless. However, the majority of trolling that takes place online is what we now consider online harassment. This is particularly when people try to start arguments and fights online in a comments section, online forum, chatroom or a private message.

Internet trolls tend to be people who hide behind a computer screen and actively go out of their way to cause trouble on the Internet. They try to be as disruptive as possible, often for no reason at all, and they attempt to provoke people by trying to say offensive things to make them angry or sad.

Where Are These Internet Trolls?

They are literally everywhere! (This is the reason why people need to know what to do when they come across a troll’s comments online.)

You can find trolls lurking around almost every corner of the web, particularly where comments are allowed.
Here are some specific places that attract a lot of trolls:

Certain social media platforms have really bad reputation because of the trolling that happens on their networks. Take Twitter, for example. Recently, Buzzfeed published an article that talks about how people are leaving Twitter because the owners aren’t taking action about the chaos that trolls are creating.

(Twitter responded, but most people weren’t satisfied with their answer.)

YouTube is another example. If you come across a popular video, chances are that you will find a very malicious comment somewhere in the comments section. This, of course, is because they are looking to get attention; the more views a comments a video has, the more likely you are to find a malicious comment by an Internet troll.

None of the other social media platforms are free from internet trolling, either. This includes, but is not limited to, Snapchat, Facebook, Instagram, and many more.

Several news sites enable people to comment on their articles. This is meant to get feedback and to let people state their opinions about an author’s story or op-ed. Unfortunately, internet trolls take advantage of this and use it to harass innocent people who are simply stating their opinion.

How big of an issue is this? According to The Guardian – one of the most well-known news publishers in the UK – 1.4 million comments were blocked by the website’s moderators as of April 2016; that’s 2 out of every 100 comments posted.

Those are just the ones they found, too. There could be more lurking around on the website.

People tend to go on forums and chat rooms to discuss topics with like-minded people. However, sometimes Internet trolls will run rampant on start spewing hatred towards one person, or perhaps the entire community.

Now that you know what trolls are and where you might find them, it is time to learn some tips for how to handle trolls when you come across one. Trolls are typically people filled with hatred and/or are looking for attention with the goal of getting a response. If you respond to one of their offensive comments, you are playing their game. Even if you really want to respond by just telling them to stop, chances are it will only make things worse if you do.

Don’t stoop to their level and show them that you’re the better person by not responding.

If you’re on social media, it’s always best to make sure you don’t see posts from the person again. Disconnect from this person if it continues to happen.

You need to be warned, though: blocking this person doesn’t necessarily mean that the problem is solved. It is quite common for trolls to create another social media account and do the same thing. If this happens, report them. These types of accounts will almost always be banned, as they go against most social media guidelines.

Trolls don’t like their pictures taken. Why? Because they become less anonymous online.

If comments are extremely bad, make sure you save the evidence in case things escalate. Do it as soon as you can, as trolls might delete the comments and claim that they never made such comments.

Once you have proof that someone is trolling you, you have the power to report them to the proper authorities, whether it be a social media administrator or the police.

The Internet is a great place to share ideas with everyone worldwide. Rather than talking to negative people online, we need bring people together who take positive action. Surround yourself with people who challenge you in a respectful way, and continue to grow.

(This article was inspired by Common Sense Media.)