Mariam Game Ban: What are the Risks of Playing Games Online? 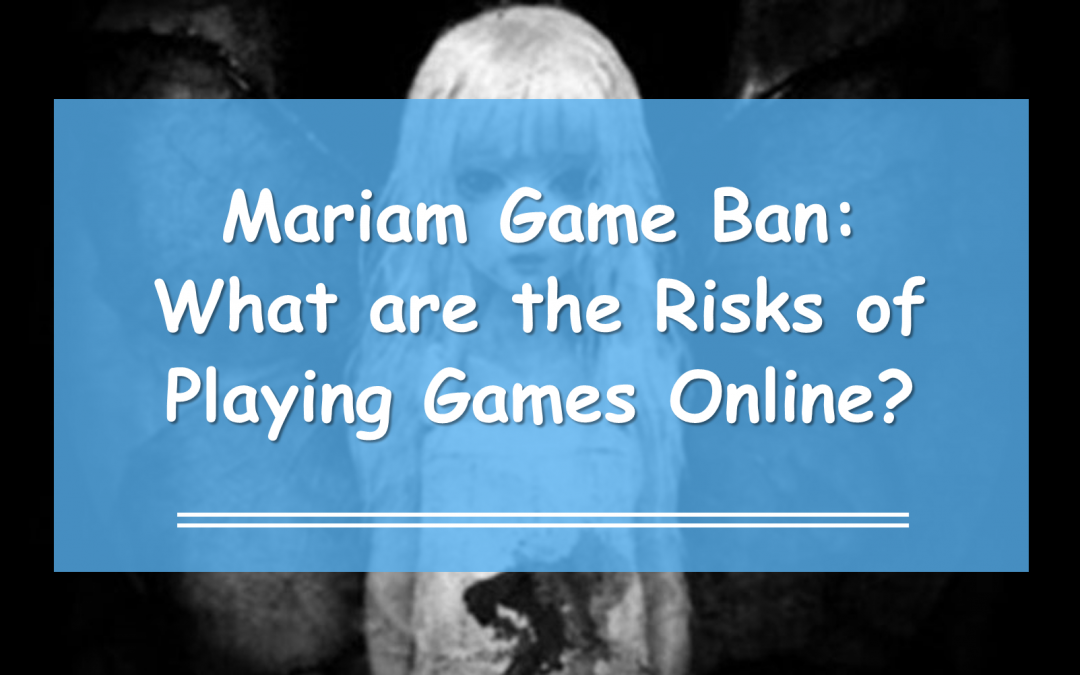 The mobile game Mariam, developed in the Saudi Arabia last month became controversial when the Sharjah police recently cautioned people against playing it. Experts believe that the game seeks players’ personal information that can be used for identity theft or other unlawful purposes.

In Mariam, a child lost in the forest seeks players’ help to find her way back to home. Amid frightening audio and visual effects, the child asks players many personal questions such as ‘Where is your home located?’, and ‘What’s your Facebook account?’ Players can advance to the next level only by answering the questions.

While the game’s developer Salman Al Harbi said that it “does not save answers nor information provided by players,” her claims have not been substantiated with any proof.

This issue sheds light on the trend of games with questionable content, which can harm players in various ways. Moreover, people are less discerning about the adverse impact of playing games online because they just see it as something fun, engaging and harmless.

Here are a few things you should be aware of, while venturing into the gaming world.

You should be very careful while sharing personal information, no matter how harmless or interesting a game or quiz seems like. An ‘innocent’ question asked as part of a game might be the answer to the secret question that banking sites ask while resetting your password. E.g. ‘Which street were you born in?’, ‘What’s the name of your favourite pet?’, or ‘What’s your mother’s maiden name?’. People can use such information to change your password and hack your account. Apart from the risk of your account being hacked, you can unknowingly attract a physical threat by sharing sensitive information like your home address. Games can be used to groom gullible players (Especially kids and teenagers) for unlawful activities or cause harm to themselves. While it sounds twisted why someone would develop a game just to harm people without any visible benefit, it’s an unfortunate fact that there are people out there who develop such games online just for sadistic pleasure.

One such game is The Blue Whale challenge, which has caused alarm across the world for reportedly abetting suicide. The ‘challenge’ starts with tasks such as watching a gory video or a horror movie, and the level of ‘hardness’ increases as one keeps completing tasks. Finally, players have to commit suicide to ‘win’ the challenge. Many schools in Dubai recently issued an advisory cautioning parents against the challenge.

The list of infamous games also includes the ones that don’t intend to harm their player, but can have a very polluting impact on them. Considering the fact that kids and teenagers spend a significant amount of time playing games online, they need to be conscious about how games impact their personality.

Here are a few games that have been banned for questionable content. The Japanese game RapeLay was banned because its players had to role-play a sexual predator who stalks a woman and her daughters to rape them! Games such as Manhunt 2 and Grand Theft Auto have been banned in some parts of the world for content that can abet violent and unlawful behaviour.

Can games actually impact an individual so much? Sample this – The Thailand government banned Grand Theft Auto because a teenager who stole a vehicle by stabbing a driver claimed that committing a crime like this seemed so easy in the game!