All about Sarahah, the New Anonymous Messenger App 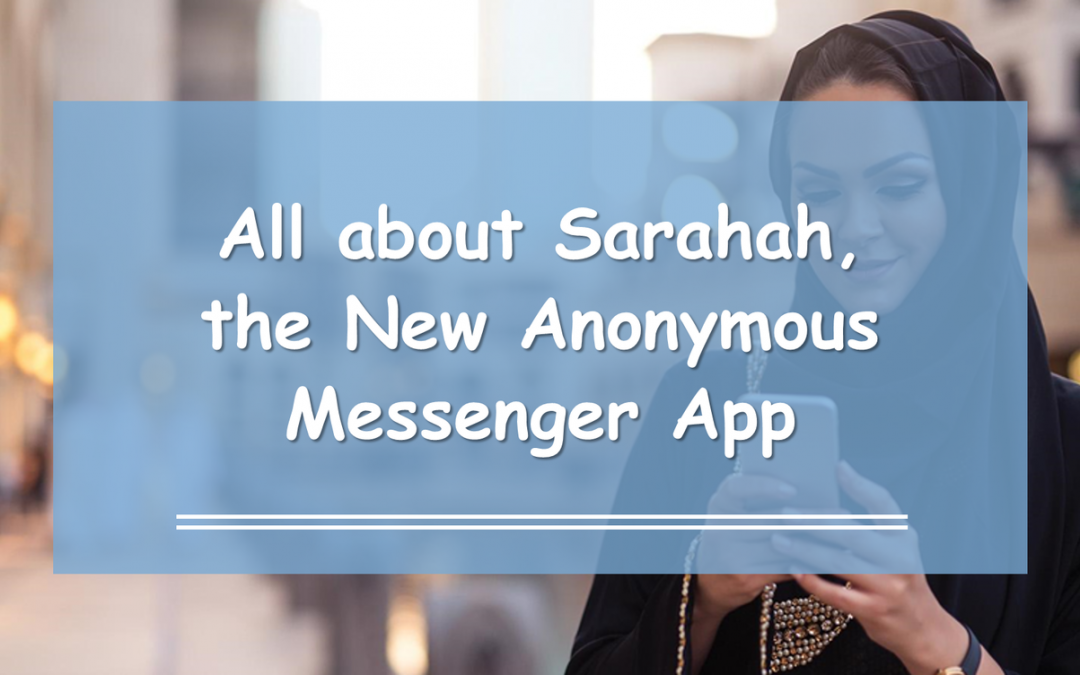 Last week a lesser known anonymous messaging app, Sarahah, which was developed in the Saudi Arabia topped the list of most downloaded apps in the Apple App Store. Sarahah joins the list of apps that have become very popular among youngsters in a short time. Other similar apps are Yik Yak, Ask.fm, Secret, and After School. Sarahah has received mixed responses so far; while some feel that it is a great tool for people to exchange anonymous feedback for improvement, others fear that bullies might use it to send mean messages to youngsters.

The Arabic meaning of “Sarahah” is candour or openness. Not surprisingly, these words describe the behaviour of youngsters who are increasingly seeking ways to show their candid pictures and updates on social media, through Snapchat and Finstagram (Fake Instagram).

Sarahah was developed by a Zain al-Abidin Tawfiq and introduced in the Saudi Arabia last year. The app got a cold response, initially, but its demand picked up really well when it was launched in Egypt. Recently, an English version of Sarahah was introduced, and since then, it has started becoming a rage among youngsters in the western world.

You need to create a Sarahah account to be able to give or receive anonymous feedback. Once you log in to the app, you can search for others who you may know, and send anonymous messages to them.

The app tries to remain true to keep its users mostly positive, and not become downright mean by asking people to write “a constructive message”. You can control who sends you messages by setting filters, and you can “favourite” messages you like, but cannot respond to messages. Its developers have intentionally excluded the reply option to avoid untoward exchanges between people. Will Sarahah disclose your identity? The app claims on its website that it will not reveal your identity without your consent.

Can Sarahah be misused by Evil People?

Anonymous messaging apps have been widely misused by people with evil intentions because their identity isn’t revealed. Is there a chance of Sarahah being used for bullying, racist comments and harassment? Promisingly, a majority of users have said good things about the app so far. Youngsters have also uploaded videos of their experience on Sarahah, and they have received a mix of very adorable messages and somewhat mean ones.

One such youngster, Anna Russett, raises a valid point that Sarahah cannot be used by bullies, because, unlike other anonymous apps like Yik Yak, which let users talk about you even if you don’t have an account, Sarahah is a one-on-one messaging platform. Anna points out that on Sarahah you will not have the feeling of people talking at your back. They have to directly message you, and you have the freedom to filter them out if you feel harassed.

You can connect Sarahah to Snapchat

While users are sharing links to their Sarahah accounts on their social media pages to let others share anonymous feedback on them, a new feature introduced by Snapchat makes sharing Sarahah links most convenient. Snapchat now lets users pin links to their snaps. Considering that Sarahah users want more one-on-one interaction, they prefer the new Snapchat feature.

While sharing a snap, click on the paper clip icon and paste your Sarahah link to let your followers share feedback on you.