Smishing is Internet Thieves’ New Mantra. Know How to Avoid It 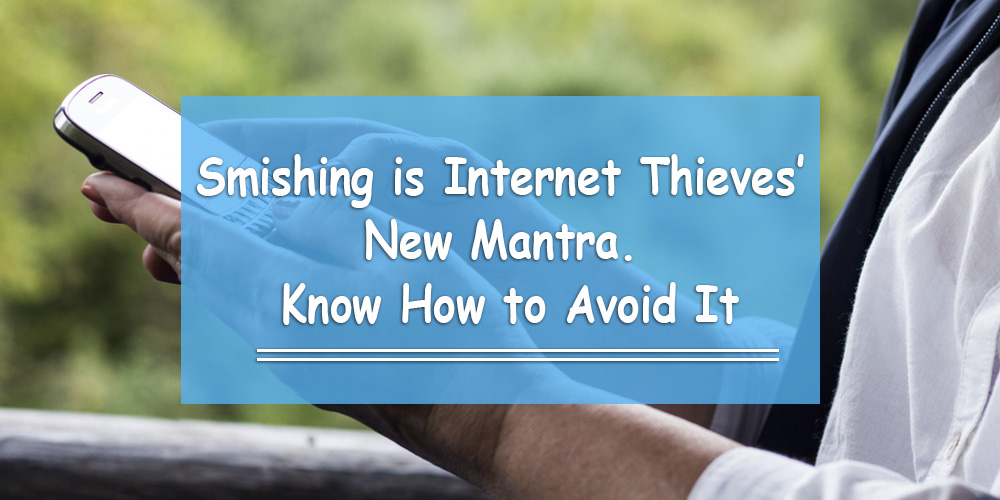 Scammers on the Internet have come up with a new way to steal your identity, and probably your money also. With increased awareness about the online scamming method, Phishing, cyber thieves are now attacking people through SMS. This new scam is called Smishing.

You reply to an SMS, click on a link or call a number mentioned in it, and you might have lost your credit card number, password or other confidential information before you knew!

30 Million Smishing messages have been sent out so far in the North America, US, and the UK, according to messaging security company Cloudmark.

There are no reports of smishing attacks in the Arab world so far, but it’s best to stay alert and safe.

What are smishing scams?

Smishing gets its name from a combination of SMS and Phishing. Most smishing attempts come in the form of an urgent-looking SMS that a person might feel pressured to act on. e.g. “Your bank account has been hacked. Please reply with your account number and pin code to block the hacker.” These messages look like they are from a trusted sources like a bank, your mobile service provider or your neighbourhood hospital.

How can you stay safe?

No matter how urgent an SMS looks like, don’t reply, call back, or click on a link without verifying the sender. Pause for a minute and cross-check the authenticity of the sender by calling a verified number before taking any action.

Other safe habits such as keeping different passwords for various accounts and using two-factor authentication for online accounts will also make it difficult to steal your data through smishing.

In case you spot a fake text message delete it immediately and block the sender.

Why are cyber thieves choosing smishing?

It’s difficult to point out a specific reason behind smishing. Scammers might be trying to steal your identity or gain control over your phone to access confidential personal or professional information they can use to blackmail you.

The reason behind outlaws using SMS seems obvious, though. People are getting more alert of suspicious emails, and email service providers such as Gmail have become highly proficient in detecting fake accounts and closing those. Mobile phones, on the other hand, are becoming more preferred targets, because people are used to trusting company-related SMS notifications and responding almost without thinking twice, as a habit.

Is smishing something new?

Smishing has been here since around 2008, but experts say it has gained more prominence since the last year. According to a report on NBC News, Americans lost $1.3 billion to cybercrime in 2016, according to the FBI. “That number is expected to rise as criminals get craftier and go after unsuspecting victims in new ways,” states the report.