Is the Criminal Dark Net Spreading in the UAE, as Thousands Download TOR? 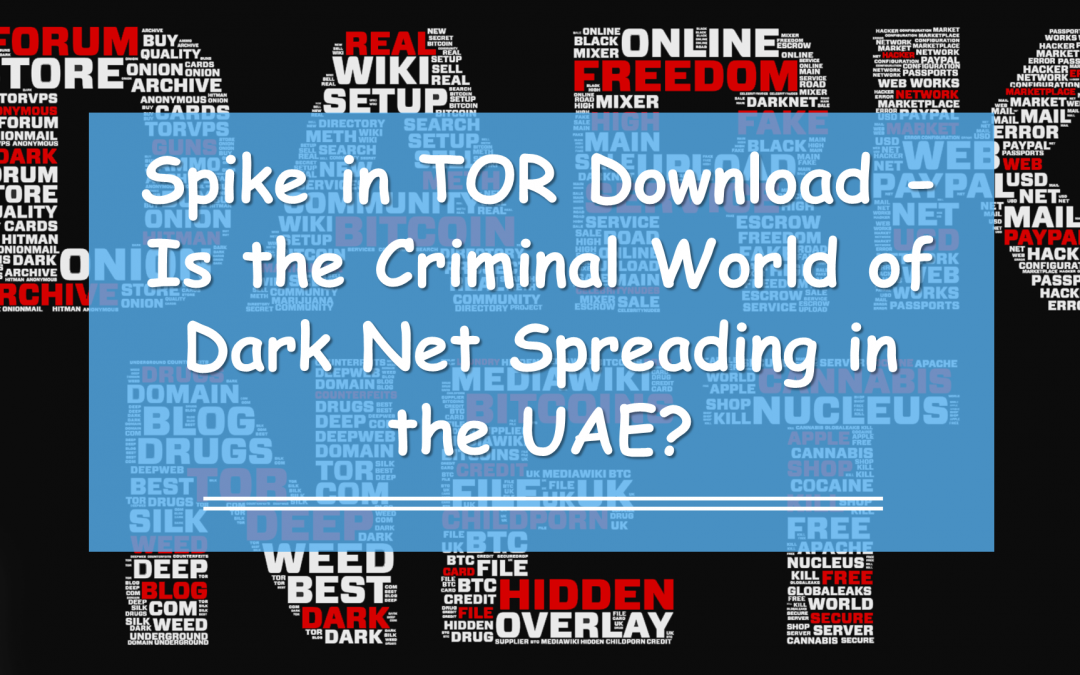 TOR stands for The Onion Router, a browser that lets you visit the Dark Net, while Chrome and Internet Explorer don’t On July 11, 2017, British model Chloe Ayling was drugged and abducted in Milan by human traffickers to be allegedly sold on the Dark Net as a sex slave in an Arab country. When the 20-year-old recently arrived in Milan “for a photo shoot”, she didn’t have the faintest clue that she had walked into a trap purportedly set by Dark Net criminals.

Downloads of an Internet browser banned in the UAE might be connected to not only this abduction but many other unspeakable crimes. Sounds bizarre? In the underground of the Internet, bizarre is an understatement. We are talking about the Dark Net (or Dark Web), which is part of the Dark Web that experts believe is around 500 larger than the surface web we experience.

A browser called TOR (The Onion Router) is used by people who visit the Dark Net to buy or sell drugs, child pornography, weapons, explosives, military manuals, counterfeit currency, false documents, hacking-for-hire services, and freelance assassins. Developed in the 1990s by the United States Naval Research Laboratory to protect U.S. intelligence communications online, the TOR has now become a means for criminals to operate on the Dark Net without being detected by authorities. Why should people in the UAE be concerned about the Dark Net and its passageway TOR in this region? Here’s why – statistics on the official website of TOR show that in Jan and Jun 2017, around 480,000 users from UAE were directly connected to the TOR network. That’s a whopping 7% of the total internet using population in the UAE. While this figure reflects direct traffic, there might be many others who use TOR through a VPN.

TOR can also be used for various harmless Deep Web sites such as reading clubs, dictionaries, and academic material, but the possibility of people in this region increasingly resorting to TOR to indulge in Dark Net activity cannot be ruled out. Mohamad Amin Hasbini, senior security researcher at Kaspersky Lab in Dubai, recently told the Khaleej Times that Tor browsers and the Deep Web provide ample opportunity to circumvent the UAE’s Internet restrictions and even commit serious crimes in the country.

The recent TOR traffic from the UAE is extremely high compared to the TOR usage peak that most of the countries in the GCC have ever seen (In 2014). Even during their peak phase, Egypt and Saudi Arabia witnessed around 48,000 direct TOR users; this figure is 10 times lesser than what UAE recently witnessed. Here’s a comparison of peak TOR traffic in the UAE with other countries in the GCC: It is extremely difficult to track someone using a TOR, because it is part of a network that in simple words confuses tools tracking the destination of an Internet activity by making it look like it’s happening at various places at a given point of time. For example, if a person uses a TOR in the UAE, and visits the Dark Net for an illegal purpose, it will be very difficult for investigating authorities to find his location. This is because TOR will make it look like the person is at various locations across the world within a short timeframe!

People caught using Tor, VPNs or proxies illegally in the UAE could end up paying a fine up to 2 Million AED. A hefty fine isn’t the only reason why you should stay away from TOR and the Dark Net. If you are found of indulging in banned Dark Net activities, you could face much more severe punishments such as prolonged imprisonment.

It is important for people to not only stay away from browsing the Dark Net, but also report incidents of people using the Dark Net. You can do so by calling 8002626, or visiting the nearest police station.

Note: Country-wise TOR usage data is from the TOR Projects official website. Data pertaining to Oman is as in 2016, and data related to other countries as in 2014. All data pertains to the period when TOR usage was in the peak.