Traveling Abroad? Stay Conscious of What’s on Your Phone 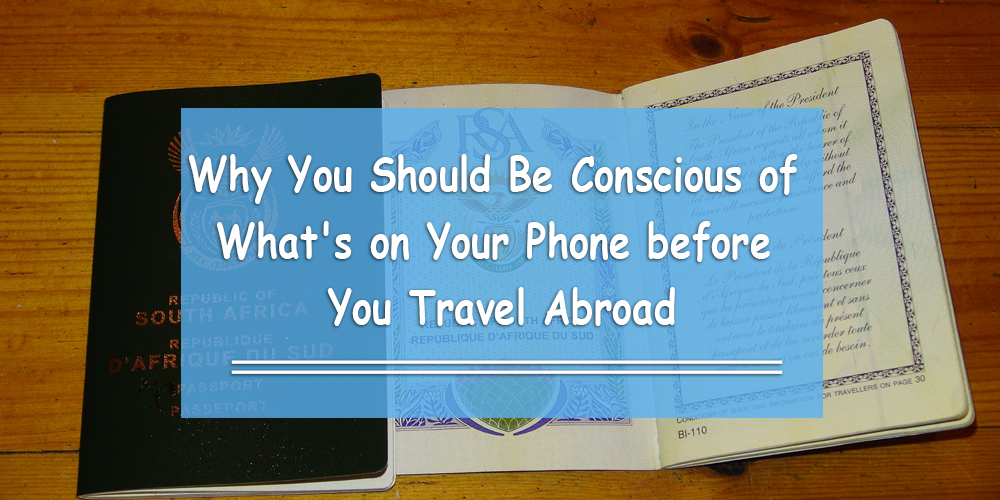 Due to the current situation in the world, faith is at risk of being misinterpreted both by extremists and Islamophobic authorities. But to be on the safe side, I would remove Islamic-looking material while traveling.

Gulf News covered this topic in an interesting piece about why we should always stay conscious what we post online and who we associate with online.

On September 21, 2016, the UAE news publisher reported that, over a three-month period, the United States sent 60 Saudi students back to Saudi Arabia and cancelled their student visas.

What did they do wrong?

According to Saudi authorities, they didn’t necessarily do anything wrong. Airport security agents simply denied them entry into the country due to their interpretations of the content they posted, most of it being content related to the Islamic faith.

The people from Saudi Arabia aren’t the only ones who have faced this, either. Three businessmen from Kuwait were detained in Los Angeles and had their mobile phones inspected. After waiting 21 long hours, they faced the same verdict as their Saudi comrades: they were denied entry and sent back home.

This Is Not Just Happening in the United States

According to the author of the Gulf News piece, Paul Crompton, these tougher examinations are not just happening in the U.S.

Border patrol officers in the U.K., Australia and other western countries have strict laws that disallow people from entering the country. They might download the data on travelers’ phones, laptops, and any other electronic devices you have… all in the name of protecting national security.

As a result, government representatives from GCC countries advise their citizens to make sure their phones contain no material that might be linked to Islamist militants before traveling to a non-Islamic country. Apparently, this is “so that students and citizens may be spared questioning by authorities in US airports and to avoid any action against them that could result in cancelling their visas and banning them from entering [the country].”

What Content Should You Remove before You Travel Abroad?

If you ever consider traveling abroad in the near future, be aware of how you present yourself online.
Check the following features on each one of your social media profiles:

1) Your profile picture: is it taking a political stance? While it might raise awareness, it is important that you change and delete any politically-charged pictures you posted on any of your social media profiles.

If you are angry and you want to talk about it with someone, social media is not the place to do it… even if you do it privately. Governments request information about people who use social media; refer to Facebook’s Government Request report as an example.

3) Your Friends: Do you know all your friends online? Do they post things that might be considered extremist?

Be mindful of who you communicate with online. Agents don’t just check your profile; they analyze who you’re associated with, too.

This leads to the next point.

4) Groups: Do you speak to people who talk negatively about a country you’re going to visit?
Check your WhatsApp groups (and any other social media groups) and make sure they haven’t sent any controversial pictures.

You are responsible for what’s on your phone (and any other electronic device you own).

How Can I Make Sure That All Controversial Content Will Be Deleted before I Travel?

For smartphone and tablet users, you can do a ‘wipeout’ of unwanted files and folders.

There are several free applications that can help you do this.

Secure Wipe – the app cited by Gulf News – deletes information and eliminates the trail of those files so that agents won’t be able to track your deleted files and use them against you.

To check your social media, be sure to download and app that cleans up your posts. One of these apps is called Rep’nUp. It reviews you social media history and allows you to manage your social media profiles by hiding, deleting, or publishing suggested content. (Clear is another good one, as well.)

Watch the Rep’nUp video below to see how it works. (Warning: You will see some content inappropriate for children.)