What Would You Do If You Saw an Online Predator in Person? [Video] 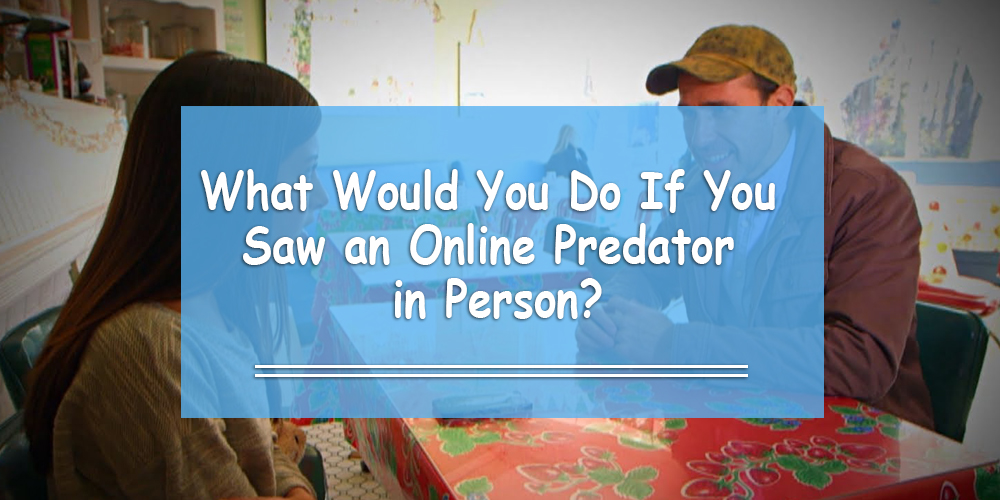 You’ve heard all these stories about kids being abducted by adults. But what if you saw one in real life? Maria is 16 years old. She listens to music, hangs out with her friends, and goes out to eat with them every now and then… just like any regular teenager. For 3 weeks, she has been chatting with ‘Brian,’ who she thinks is a 16-year-old boy. They decide to meet in person at a nearby café.

However, things take a strange turn. She finds out that the 16-year-old boy she was talking to online is actually 42!

What Would You Do?

If you saw an older man talking to a young girl, how would you react?

Watch how the other customers react when it happens just a few meters away from them.

If you watched until the end of the video, you’ll notice that they showed a clip of two teenage girls reacting to the situation. They were in shock and disbelief in the beginning, laughing nervously about what they were seeing firsthand. When they realized Maria was in real danger, they bravely stepped in; confronted the man; and called the police immediately.

Needless to say, all these people did the right thing. They handled the situation in different ways, but they all protected the minor when she was in danger. After ABC News aired the story of a man trying to lure a teenage girl, several took to social media (Facebook & YouTube) and claimed that the customers would’ve reacted differently if the teenager was a boy and the adult was a woman.

Most sexual offenders are men, but official national crime reports in the U.S. and Australia found that roughly 8% (8.3% and 7.9% respectively) of sexual assault offenses are committed by women. Granted, Western cultures are vastly different from Arab cultures, but because we live in very integrated communities nowadays, it is important to be aware of statistics from a global sense, as well.

16-year-old Joe and 40-year-old Simone reciprocated the experiment Maria and Brian did to see if people would still react the same way regardless of gender. In some ways, they reacted the same way. However, you might notice a significant difference.

Did you catch the slight differences?

In this video, the customers knew that something wrong was taking place in front of them. In fact, they all protected Joe in one way or another. However, there were two cases where they said that he is able to make his own choices. The last man even said, “If you’re curious, go for it.”

You also may have noticed that they weren’t as upfront about getting the police involved. If people don’t contact law enforcement, those same online predators will go right back to a computer or phone and chat with a different minor and the same issue could take place with a different victim.

Just because someone doesn’t look helpless in the situation does not mean that they don’t need help. In the GCC, a 16-year-old cannot provide consent and it is morally wrong to do the things that Simone’s character planned to do regardless of his age.

However, it was good to see that people openly offered their support and showed both 16-year-olds that they weren’t alone in the situation. That was the important thing to share with the world.

So, what are some of the main messages you got after watching those two videos?

Here are a few that came directly from the people being recorded:

1. To all the teens out there, be careful. Never trust anybody you talk to online you didn’t know beforehand. You don’t know whether they’re telling you the truth or not.

2. Always lend a helping hand to a child who is in the wrong hands. The police and the child’s parents need to know what’s happening so that justice can be served and so that the child can be protected.

3. Speak to law enforcement about establishing clear guidelines for punishments on online predation. Of course, soliciting a minor online is illegal in any GCC country. However, because this is still a relatively new topic, policymakers still need to establish clear and specific guidelines for what constitutes online sexual predation. The FNC (Federal National Council) in the UAE is considering amendments to their national cybercrime law (Law No. 5).

So, what would you do in a situation like this? What do you think people in Gulf should do to prevent these incidents from happening? Leave a comment on what you thought about these stories.